Why would American Ag ever go back? 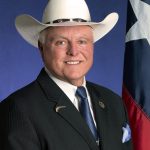 As a new vocational agriculture teacher in the small Texas town of Gustine, I had the pleasure of teaching our state’s future agriculture leaders about the joys — and occasional discomforts — of agriculture. I reminded my young students that, while the agriculture industry was rewarding, it also came with its share of hardships.

Drought, insects, wildfires, flooding, tornadoes — and in my own home state, hurricanes — all can wreak havoc upon a crop or a herd and take a year’s worth of hard work with them. Even so, every farmer and rancher I know understands the score, and is ready to deal with whatever Mother Nature can throw at ‘em. It comes with the job.

While our hard-working farmers and ranchers expect to do battle from time-to-time with nature, they don’t expect to have to do battle with an oppressive and over-burdensome federal government. Yet, that’s exactly what they were forced to contend with during the eight oppressive years of the Obama-Biden administration.

Back in 2015, when I first took office as Texas’ Commissioner of Agriculture, I got my first lesson in just how oppressive Barack Obama and Joe Biden really were to the industry I had worked in and loved all my life, an industry I had just taken an oath to serve and protect.

That meant fighting back — fighting back against a Bureau of Land Management that abused our precious private property rights, an EPA that trampled upon our water rights, and a USDA that, instead of fighting for our nation’s agricultural producers, fought against them, making a tough job even more so.

That’s why I spent a great deal of my first two years of office waging war against the overreach of the Obama-Biden administration and filing lawsuit after lawsuit to seek some relief for the farm and ranch families hurt by their policies.

Had Hillary Clinton been elected president, I have no doubt I would have had to spend four more years in battle on behalf of the hard working men and women who help feed and clothe the world. But on November 9, 2016 America’s agricultural producers breathed a sigh of relief when Donald J. Trump was elected as our great nation’s 45th President.

Who would have thought the hard-charging New York businessman, more familiar with office towers then grain silos, would become one of the strongest and most outspoken defenders of America’s farmers and ranchers our nation has ever seen? But that’s exactly what happened.

Instead of suing to stop the excessive and heavy-handed overreach of the Obama-Biden era federal government, I found myself working hand-in-hand with President Trump, Secretary of Agriculture Sonny Perdue, and others in the new administration to stop the abuse, roll back the excessive regulations, and help institute policies that would help, rather than hurt, American agriculture.

Stopping the abuse and getting the federal government off the backs of our farmers and ranchers was just the start. Over the past three and a half years, President Trump has led the charge to put American agricultural producers and consumers first. One of his first priorities was negotiating a new trade agreement with our neighbors in Canada and Mexico that replaced the disastrous, outdated NAFTA deal that Joe Biden strongly championed. In its place, he gave us the USMCA — the most significant, modern, and balanced trade agreement in history.

Joe Biden’s NAFTA was a disaster for American farmers and ranchers, resulting in the loss of millions of American jobs and devastating rural communities across the country. Thankfully, the USMCA marked a tremendous victory for American agriculture — a victory with the potential to create nearly 176,000 good-paying American jobs, many in the agricultural sector, and to boost U.S. GDP by 0.35 percent, equivalent to about $235 billion dollars.

While Joe Biden continues to sell out America's farmers and ranchers and put the interests of America’s adversaries first, President Trump pursues an America First trade agenda that puts our farmers and ranchers first, forcing our foreign competitors to play on a level playing field and holding them accountable when they don’t. President Trump has fought to ensure the free and fair trade that America’s agriculture producers deserve, and his efforts are paying dividends. Just last month, for instance, China made its largest purchase ever of American soybeans, corn, and grain sorghum. Even bigger and better trade deals are on the horizon — a horizon that’s promising and bright!

President Trump has proven to America’s farmers and ranchers — through actions, not just rhetoric — that he has our backs, that he understands and appreciates our value, and that he will never, ever let us down.

I don’t want to go back to the time when I had to wage war with an American president, his vice president, and the clueless bureaucrats who carried out their edicts, and I won’t have to if America’s agriculture producers do what they do best — roll up their shirt sleeves, and get to work on reelecting the best agriculture President of my lifetime. Why would American agriculture ever want to go back?

An eighth generation farmer and rancher, Sid Miller is the 12th Texas Commissioner of Agriculture.