4 Headlines That Show the Downright Weird State of America Today 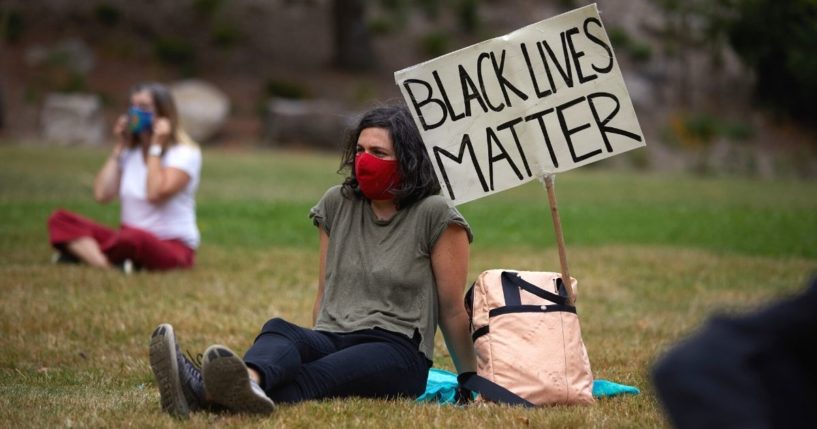 A series of recent headlines reflect the troubled state of America.

One upside to the lockdown era has been the outing of not-so-subtle authoritarian streaks of blue-state governors. No “follow the science” for these control freaks. It’s more “Do as I say, not as I do – for as long as I want.”

Plenty of collateral damage follows in the form of wrecked small businesses and wrecked kids deprived of educational opportunities.

Yet a majority of these pols will be re-elected in their deep-blue precincts. Here, increasingly intrusive government has been trumping individual liberty for years. Witness the steady denigration of Portland, Oregon; Seattle; San Francisco; and other ultra-blue subdivisions.

Herein is one subplot to the Pandora’s box that President Joe Biden opened on the morning of Jan. 21. His edict might as well have read: “If Trump did it – we will undo it – and quickly and by fiat, without investigation or debate or consultation.” An appropriate subtitle: ” … even if it was working.”

And so the new president and his Department of Homeland Security indifferently set about to gut Immigration and Customs Enforcement, shut down border wall construction and repeal the “Remain in Mexico” policy so successfully negotiated by President Donald Trump and his administration.

Of course, blindly undoing a predecessor’s handiwork means living with the consequences. And, as Biden might say, “Man, do we have consequences.”

The outsized damage that has followed is only intermittently registering, as a Biden-protecting media is begrudgingly forced to report on the inhumane conditions at the border.

Throw in millions of metric tons of illegal narcotics (especially fentanyl) and a lucrative sex trafficking trade, and you have tens of thousands of (untested for COVID) migrants shipped throughout the heartland and (back to the headline) thousands of fake families seeking to take advantage of a government that refuses to investigate its own negligence.

Chaos is a high price to pay for not wanting to be like Trump.

And a third: “Minnesota students walk out of schools in protest, chant, ‘You can’t stop the revolution.'”

There are so many angles to this one and only so much space.

My first thought concerns how we got to the point where high school students can simply leave school when so moved. What’s next, middle school students?

But all that is simply a precursor to the chant – and more questions.

Whose revolution? If the answer is what I suspect – a murky combination of socialism (defund the police) and equity (not equality of opportunity), we are reaping the poisonous consequences that follow relentless indoctrination coupled with the equally relentless coddling of very young people.

We – parents and taxpayers – are on the receiving end because we became bystanders rather than participants as the three R’s were replaced by rules for radicals.

As a result, historical revisionism is the shiny new thing in our classrooms.

And a fourth: “The Republican Party and corporate America embark on a long divorce.”

Not so long ago, this headline would have been a head-scratcher. The GOP and Chamber of Commerce were joined at the hip.

You know what occurred next. The business establishment demanded its status quo back – and it really got angry when Trump challenged election results in a number of close states.

Well, the business community got what it wanted (sort of). The problem child Trump was vanquished. Most of the House Democrats endorsed by the chamber won their races. There is no more economic saber-rattling against Beijing. And progressive virtue-signaling is all the rage in corporate America.

But the “sort of” should not be minimized.

Those “moderate” Democrats have fallen in line with House Speaker Nancy Pelosi – and a major corporate tax increase. But numerous GOP governors have doubled down on election integrity. Many congressional Republicans are getting acclimated to life without the chamber – and they like it. And many of their flyover constituents are themselves rejecting the business community’s newfound love of “woke.”

Reverse boycotts might not be what Republicans do best, nor do they use them reflexively. But the last time I checked, elephants have long memories.