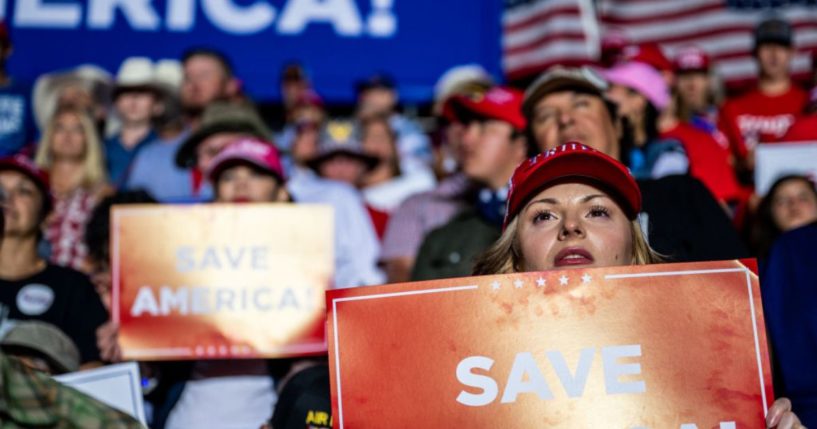 Accountability Is Coming for Those Who Denigrate the Working Class

It was my pleasure to meet and work with many highly credentialed, intelligent professionals over two decades of public service. Many such individuals were recognized as experts in their fields.

I accordingly have been reticent to glom on to the increasingly negative critique of our intellectual class so popular since Trump the Disruptor arrived on the scene five and a half years ago. Still, it is not difficult to grasp why all the resentment toward the Davos/Aspen crowd has garnered such momentum.

You see, it’s all about respect — or lack thereof — from the highly educated class to those often dismissed as “you people.” And we can easily pinpoint the time and place when it became politically acceptable (even advantageous in some venues) to denigrate the plain ol’ folks.

I refer, of course, to the description of middle Americans by the 44th president of the United States: “They get bitter, they cling to guns or religion or antipathy toward people who aren’t like them” — a memorable perspective originally intended for a private audience that gained further context and permanence in the public mind when Hillary Clinton’s equally dismissive “irredeemable deplorables” comment hit the news cycle circa 2016.

Granted, the American left has long maintained a largely negative view of conservatives, especially GOP standard-bearers. Just Google presidential campaign coverage of Barry Goldwater through Donald Trump from The New York Times or Washington Post or PBS or the legacy television networks. You will find plenty of vitriol focused on the Republican candidate.

But only recently has an entire class of Americans (one that 85 years ago constituted the core of FDR’s New Deal and more recently sustained America’s labor party through the Bill Clinton era) become the object of unbridled scorn from people who hold post-graduate degrees.

There are two closely linked reasons why the chattering class has become so disillusioned with blue-collar America. On the one hand, there is the frustration that follows from the serial failures of their most precious (big government) policy prescriptions. And then — out of nowhere — there appeared the inconvenient Happy Warrior Trump, who provided a platform for the long-aggrieved to finally be heard.

And so, both party establishments were forced to confront the litany of failures that have brought so much hurt to flyover America. Indeed, the scars run deep.

The “war on poverty” inflicted great damage on (especially minority) families. The poor and working-class fought and bled in Vietnam. Failed trade deals have hollowed out large pockets of small-town America. The Chinese never democratized or liberalized, only continued to cheat and steal our intellectual property. Open borders have brought millions of unskilled competitors to our domestic labor force and a fentanyl epidemic to our schools.

Nation-building collapsed in Iraq, Libya and Afghanistan. The terror-friendly mullahs in Tehran happily take our money to fuel their proxy armies around the world. An executive order-style Green New Deal has devastated the energy sector, not to mention those forced to pay $4 a gallon to drive to work. And an unprecedented federal spending binge has ignited an inflationary spiral that everyone except progressives and their credulous lapdogs knew was never going to be “transitory.”

Most Really Smart People (RSP) — like everybody else — do not appreciate being held to account for their shortcomings. This is especially true when the RSPs have grown comfortable in their status quo assumptions.

To boot, there is a special resentment when the calling out is done by a wealthy Queens developer and former casino owner who had the audacity to speak on behalf of folks who live for college football Saturdays and watch WWE and attend religious services and believe in the First and Second amendments and back the blue and (still) believe America is the most exceptional nation on earth.

That the voices of the aggrieved can at times rise above the sustained hostility from just about every (left-leaning) power center in America speaks to their resilience — and extraordinary power.

The purveyors of societal transformation are presently on the defensive. So many parts of their experiment are embarrassingly off the rails, especially the part where average Americans are supposed to feel warm and fuzzy about spiking energy costs and a compromised energy grid. Alas, a “Great Transformation” is not without casualties. And so the average Joe and Jane are told to simply deal with it.

Still, the great unwashed have grown aggressive (read: critical) in their evals. That they seem especially eager to vote this cycle is causing great distress within RSP communities. No surprise here.

Accountability can get ugly in a hurry. Jus’ sayin’.