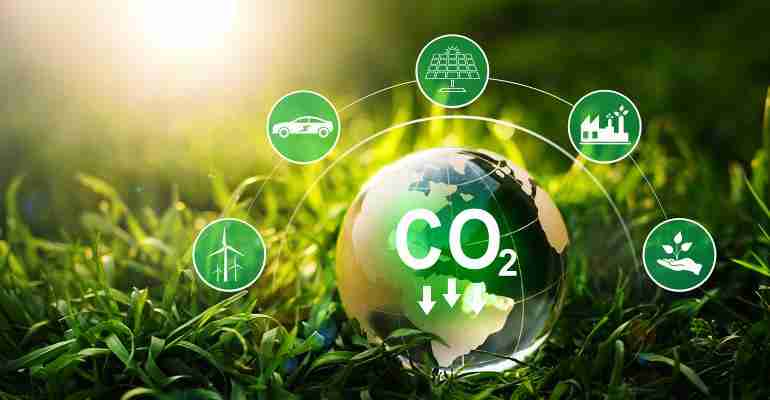 Ag groups must join the table to shape climate programs

Farmers can expect major roadblocks ahead if government takes the lead on reducing ag emissions.

“Even if we manage to stop all other emissions immediately and keep them through net zero through 2100, emissions from the global food system alone could exceed the remaining carbon budget to keep warming to no more than 1.5°C (2.7 degrees Fahrenheit) in the next 40 years.”

The United Nations and World Wildlife Fund are coming up with recommendations for all of us who grow crops and animals. As I review a recommendations paper, I find that none of our agricultural organizations are at the table.

The paper is produced in 2021 by the World Wildlife Federation and the United Nations’ Climate Focus and GAIN (Global Alliance and Improved Nutrition). The paper claims, “We won’t have a shot at achieving a 1.5°C target of the Paris Agreement if we don’t rapidly reduce emissions from food systems.”

There is a chart in the paper that talks about sources of food-based emissions. The chart claims crop production produces 27% and animals produce 31%. We already see that the Netherlands is going to get rid of 3,000 farmers and farms to get rid of greenhouse gas emissions.

It is believed by the smart people of the United Nations and the World Wildlife Federation that food production depends too heavily on fertilizer, pesticides, energy, land and water. These people also believe we cannot continue practices like monocropping.

It is also believed that “…to transform our food systems at a global scale we need to increase productivity while transitioning to regenerative production practices, shift towards healthy diets and reduce food wastes and loss by 50%.”

There is a ton of bureaucratic jargon in this paper, but we all should pay attention to it because crazy governments will try to stop your practices. The paper is filled with how we must meet the Paris Climate Agreement.

We have already seen the results of what happens when government takes over agriculture. All you have to do is look at what happened in the nation of Sri Lanka. The United Nations’ Framework Convention on Climate Change and the Paris Agreement are currently discussing issues that pertain to all of us in agriculture and land use.

The United Nations states in its agreement under article two, “…to achieve, in accordance with the relevant provisions of the Convention, stabilization of greenhouse gas concentrations…at such a level that should be achieved within a time-frame to allow ecosystems to adapt naturally to climate change, to ensure that food production is not threatened…”

Agriculture is also mentioned in article four of the Paris Agreement where it states, “…control or reduce or prevent anthropogenic emissions of greenhouse gases and cooperate in preparing for adoption to the impacts of climate change that includes planning for agriculture.”

As you can see, the bureaucrats and the so-called smart people are looking to change the way you approach your land practices and animal practices.

There is another organization you should pay attention to. It is called KJWA – Koronivia Joint Work on Agriculture project – and it was established at the 23rd Conference of the Parties (COP23). KWJA process is a collective effort to push climate change onto agriculture. KWJA is supposed to help us in using nutrients, water, and how to adapt agriculture to climate change.

If you do not believe the United Nations does not have an impact, just look at New Zealand. The New Zealand government proposed just this past month a tax on farm animals that would cover burping and peeing as part of its plan to tackle climate change.

All I am saying is our agricultural organizations need to be a partner in these new programs involving alleged climate change.