BIDEN, DEFUNDING COPS AND A FEW OTHER THOUGHTS ON AMERICA’S SUMMER OF DISCONTENT 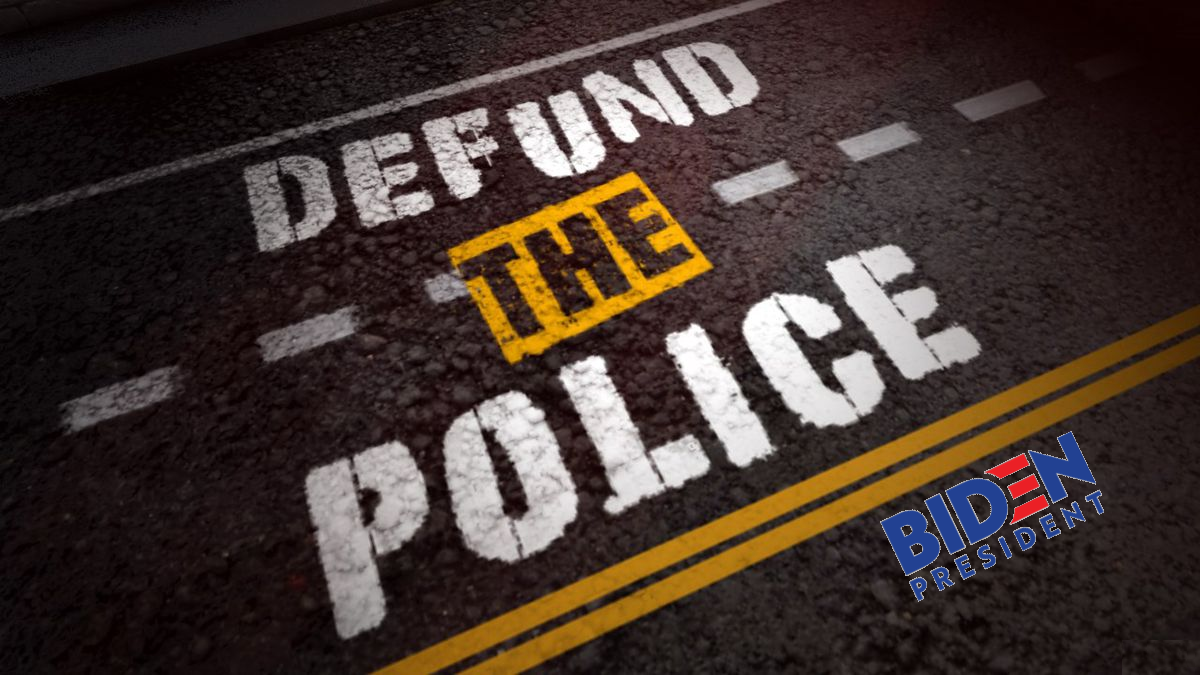 Today’s chameleon-like Joe Biden would not recognize his 35-year voting record in the Senate, and not just because Joe has a difficult time remembering anything these days.

That Biden was the reflexively left-leaning “Amtrak Joe” — a Northeastern liberal operating squarely within the Teddy Kennedy wing of the party. Today’s knockoff takes his cues from the likes of Alexandria Ocasio-Cortez, Bernie, and Beto — placing him squarely within the neo-socialist wing of his party.

Biden’s sudden left turn recalls the similar journey of Hillary Clinton at this point in her campaign. It may be difficult to believe now, but for most of her political life Hillary also operated on the Democrats’ traditional labor-left island — that is until she decided to drink the progressive Kool-Aid during her fall campaign.

The next sound we heard was that supposedly impregnable Midwestern blue wall tumbling down on the evening of Nov. 8, 2016.

Is anyone really surprised the mob has now made its destructive way to our places of worship and religious statues?

The rioters are not your run-of-the mill protesters (one wonders if they even know the George Floyd story). Rather, these are the relatively small in number but truly committed anarchist- and Marxist-influenced young people seeking the elimination of our Judeo-Christian heritage.

Their criminality is real, open and unapologetic.

The statistics from the “defund the police” era are startling: at least one police officer death, property damage into the billions ($400 – $500 million in the Twin Cities alone) and well over 10,000 (and counting) arrests.

One has to believe that the remaining moderates within the Democratic Party will soon begin walking back some of the more insane “defund” advocacy. Waiting to do so until after the election is a catch-22: If Biden wins, defunding police agencies will have become normalized; if he loses, the rational middle will have again rejected a more ludicrous inclination of the far left.

The two best lines I have heard in opposition to the defund madness: (1.) “Wonder how many social workers would have run up those Tower stairwells on 9/11?”; and (2.) “Why not have all defund proponents register on a “No-911” app so the police will know where their presence is not welcome?”

Not so long ago, the most dramatic split within the Democratic Party pitted traditional New Deal Democrats against more liberal environmentalists. With the rapid ascendancy of the party’s progressive wing, that war has now been won.

Today, the most obvious intramural fight is the one-sided affair between national teachers’ unions and those (predominately minority) advocates of school choice. How ironic that a wildly successful, grassroots movement of African-American women begun in Wisconsin would evolve into a rallying cry for conservatives attempting to break the union stranglehold on public education.

Speaking of which, the next big (post-Trump election) showdown in our nation’s Capitol will be over control of federal dollars on campus.

The academy’s recent campaign to limit speech while promoting newly popular socialist and Marxist thought will collide head-on with a re-elected administration aiming to even the First Amendment playing field.