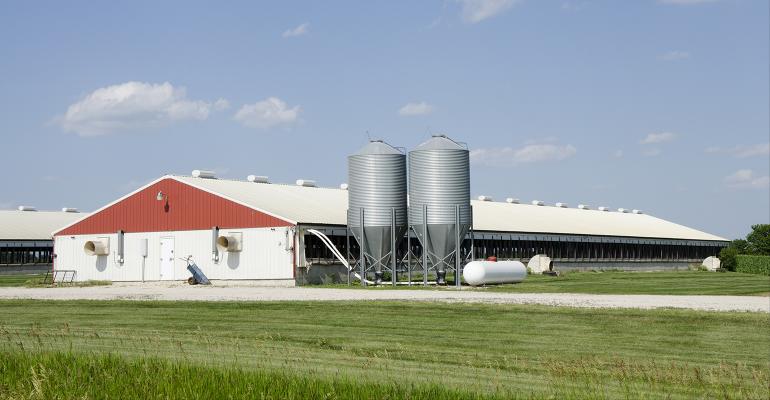 Supreme Court may still decide to hear the case against allowing one state to dictate all pork housing standards.

The U.S. Supreme Court was supposed to hold a conference this past Friday, Jan. 7, 2022, and determine whether the National Pork Producers Council’s petition for certiorari be accepted. However, arguments over COVID vaccine and OSHA’s authority took the Court’s time on Jan. 7, so as of this writing, we still don’t know if SCOTUS will hear the NPPC and American Farm Bureau Federation’s writ of certiorari.

At issue is Prop 12, California’s new rule that states all pork sold in the state must have been produced based on its arbitrary, non-scientific housing standards. If the law stands those who want to sell pork in the state may need to invest millions in housing upgrades and allow California ‘inspectors’ to come on to farms to see if the law is being followed.

The California position can be summed up with one quote in its brief: “…pork industry customers have expressed a desire to see changes in how pigs are raised – a desire that, in 2019, had already lead 28% of the industry to convert from individual gestation stalls to group housing.” This comes from an article Feb. 14, 2012, in the New York Times. (Of course, you can believe that! Note the dates.)

California, also says petitioners believe that “Proposition 12 does not offer any legitimate justification to counterbalance [its] burdens on interstate commerce.”

California states that it wants to address the extreme methods that “farm animal confinement” and of course, this confinement creates “…potential threats [to] the health and safety of California consumers (such as risk[s] of foodborne illness”). From this one sentence you can see that California lawyers do not understand the disease its inspectors may bring onto pork farms.

The California brief does say a number of pork producers and suppliers will comply with California’s Proposition 12. California in its brief indicates the CEO of Tysons Foods and Hormel Foods indicated in a press release that producers will be fully compliant. Two other suppliers, Nieman Ranch and DuBreton, have also indicated full compliance with California’s Prop 12 standards. Hatfield Foods has also indicated that it “…plans to offer a variety of pork products across our portfolio of bacon, marinated, and fresh pork items that meet the Prop. 12…”

California asserts that Prop 12 does not place any burden on interstate commerce. In fact, California’s attorneys (Chief author seems to have no agriculture experience) believe there is nothing in Prop 12 that is illegitimate.

California’s legal team states that the “…prohibition of animal cruelty…has a long history in American law starting with the early settlement of the Colonies.” California’s authority for this statement is two cases involving barring the sale of horsemeat for human consumption. California even brings in one of the Smithfield cases. The judge said “it is past time to acknowledge the full harms that the unreformed practices of hog farming are inflicting.”

California says pork farmers in the United States are already moving in the direction of Proposition 12. In fact, California goes so far to say that NPPC and AFBF do not “…offer any legitimate justification to counterbalance [its] burdens on interstate commerce.”

Given the lack of agricultural experience on the U.S. Supreme Court and the fact that you have a group of Harvard and Yale law clerks advising the justices, it is hard to see the United States Supreme Court taking the farmers’ case. Given the fact the justices cannot get their facts correct regarding the Corona virus, based on the questions and answers last Friday, it is hard to imagine that the justices will see that it is California that is complicit in creating cruel conditions and not the farmers.

We should know the outcome this week.