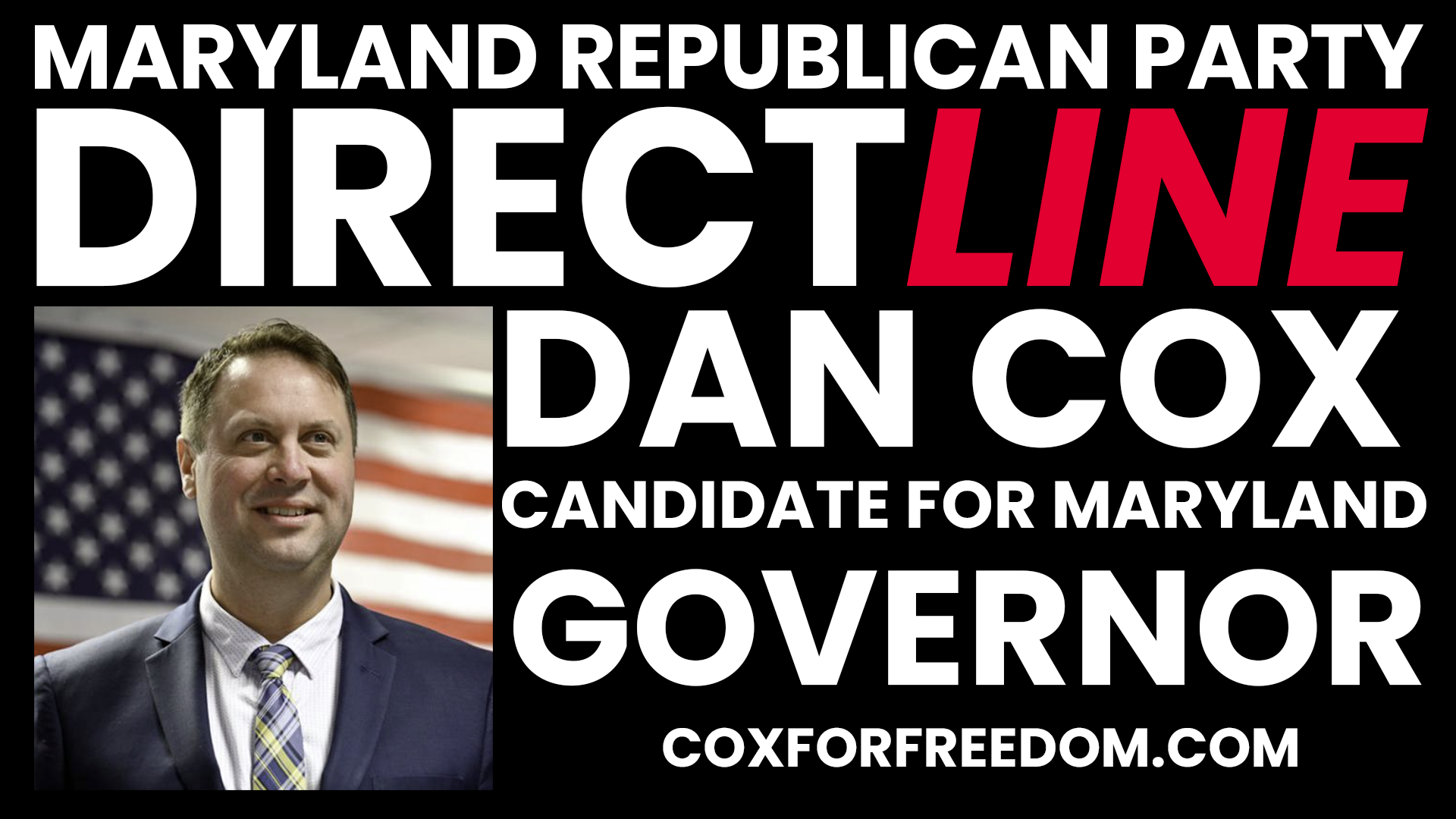 State Delegate Dan Cox is a husband, father, Republican conservative candidate for Governor of Maryland, and believer in the goodness of God for the people of our great State.

He has been a leading force fighting for the lives and livelihoods of all Marylanders.

A lifelong Marylander, Dan has served the People of Maryland as a small businessman, 15+ year Constitutional attorney, and State Delegate representing one of the largest Districts in Maryland (Frederick & Carroll Counties, D4) with over 130,000 constituents.  Dan was previously the Republican nominee for Congress in the gerrymandered CD8 (Takoma Park to Emmitsburg), receiving over 127,000 votes – the highest number for a Republican in CD8 since Congresswoman Connie Morella, and he served as the elected President of a small Maryland Town Council overseeing and solving complex environmental and infrastructural problems without raising taxes.

His bill to reduce the regulatory burden of the Maryland Code by examining all overreaching laws passed unanimously. He has sponsored and co-sponsored legislation to end human and sex trafficking and keep registered sex offenders away from schools.

During 2020-2021 he led the Legislative effort in the General Assembly to end the unconstitutional executive order lockdowns with his Consent of the Governed Act and HJ 2 – to End the overreaching State of Emergency. He is currently fighting the unlawful and discriminatory coercive mandates for the EUA jab.

Dan Cox will govern with constitutional integrity and offers a five-point “Contract with Maryland” that is founded in our individual liberty interests to protect and defend every Marylander of all persuasions.

With a rich and lengthy family history from Frederick & Carroll Counties to Baltimore City and County, and his wife from the heart of the Chesapeake on the Eastern Shore, Dan shares a vision of success for the future of Maryland where  Marylanders can not only live, work and raise a family, but where vacations and retirement are also a safe and affordable reality.  Dan lives with his wife Valerie and their children in Frederick County in Western Maryland where he grew up.