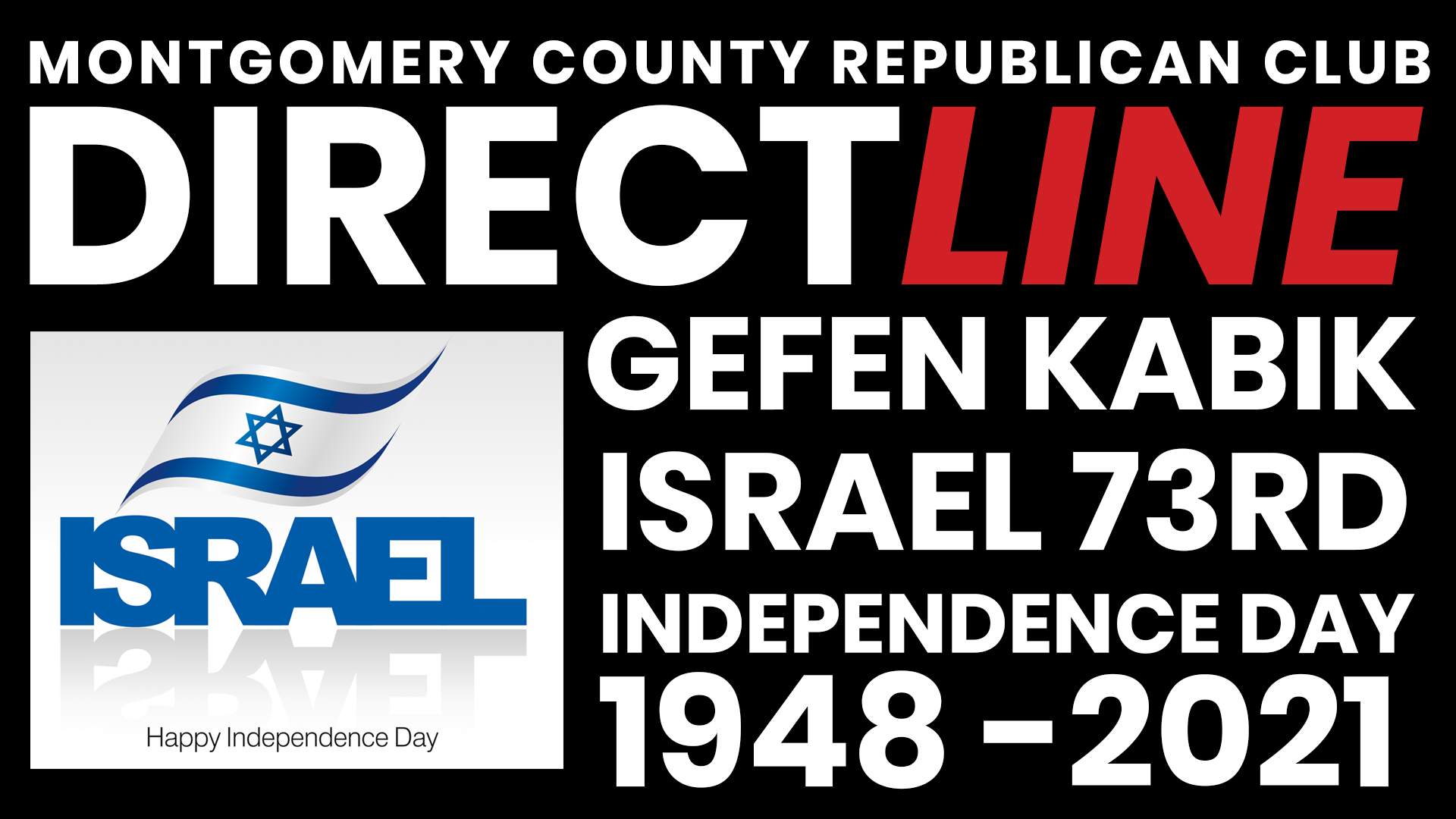 We are joined by Gefen Kabik, who will talk to us about Isreal’s 73rd Independence Day.  We will talk about all things Isreal, the state of US – Isreal relations under the new administration.

Gefen Kabik is a lifelong resident of Montgomery County (albeit with a brief stay in Prince George’s County while at the University of Maryland). Gefen is a long time political activist having been volunteering and working to elected Republicans in Maryland since high school. Gefen attended Charles E. Smith Jewish Day School in Rockville for kindergarten through 12th grade, and graduated from the University of Maryland with a degree in History and Politics and Government. He has worked on political campaigns, most recently as a field organizer responsible for Legislative District 15 for Governor Hogan’s 2018 reelection campaign. Most recently he served in President Trump’s administration at the United States Agency for International Development (USAID). Gefen is a life-long supporter of Israel. He has previously worked in pro-Israel lobbying and was an activist while in college. He has travelled to Israel numerous times including spending three months there in 2014.