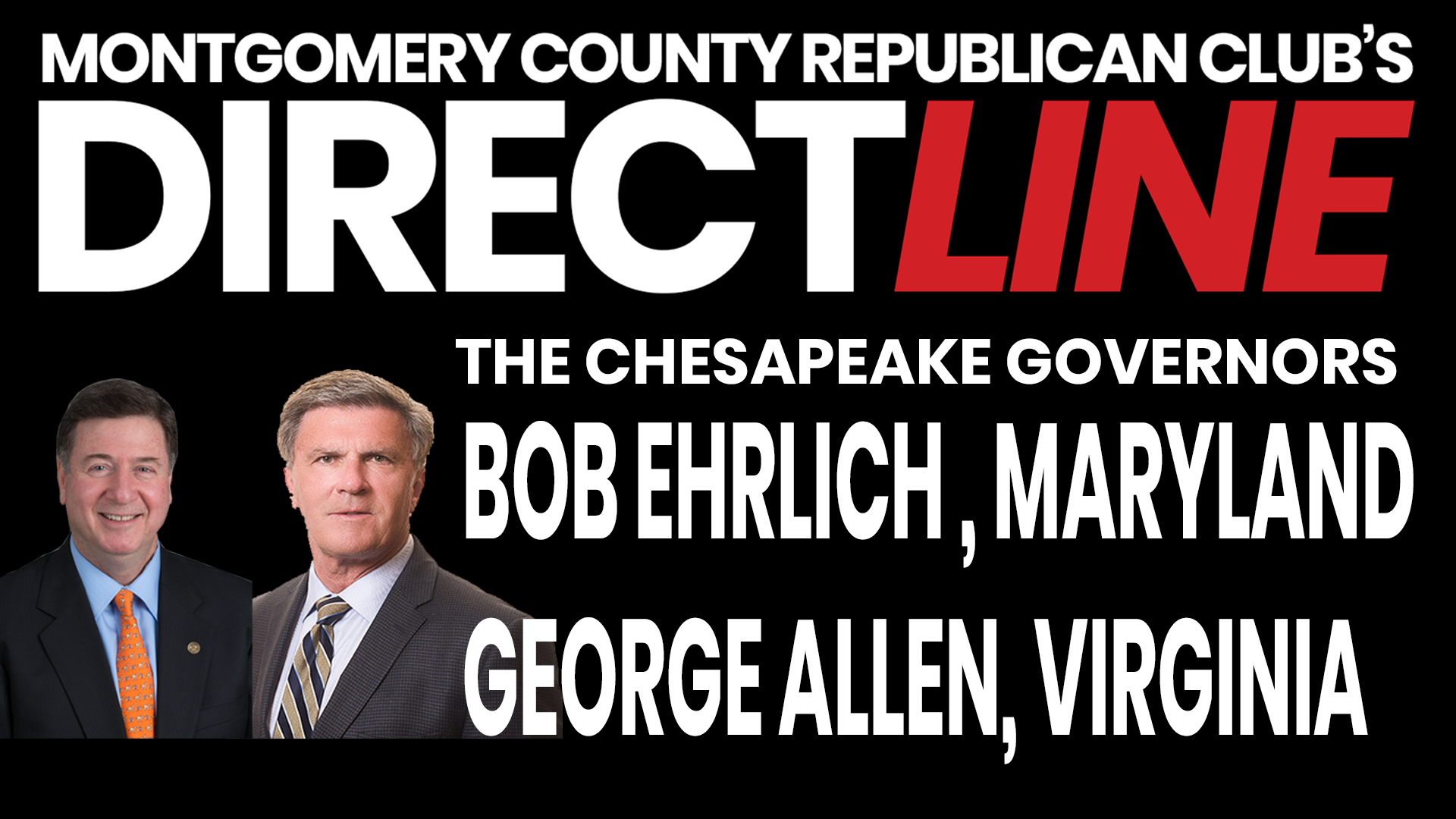 We are joined this week with two of the most transformative Governors in their respective States Histories.

Governor Bob Ehrlich was elected to Governor of Maryland stunned pundits everywhere.  Governor Ehrlich as Governor was responsible for the ICC (Gov. Ehrlich Expressway), as well as many other Reforms in Annapolis.  Gov. Ehrlich paved the road for Future Republican Governors in Maryland. Having served as Governor, U.S. Congressman, state legislator, and civil litigator, he counsels clients on an array of government matters, with particular expertise in health care, finance, transportation, and economic development.

Governor George Allen was elected Governor in 1993. Gov. Allen keeping the promises he made to Virginians, he successfully cut taxes by more than $600 million; instituted his high academic Standards of Learning and School Performance Report Cards; made neighborhoods safer with the abolition of parole through truth-in-sentencing; initiated historic, pro-work welfare reforms; enacted the nation’s first public-private transportation funding system; repealed or amended 71 percent of all regulations;