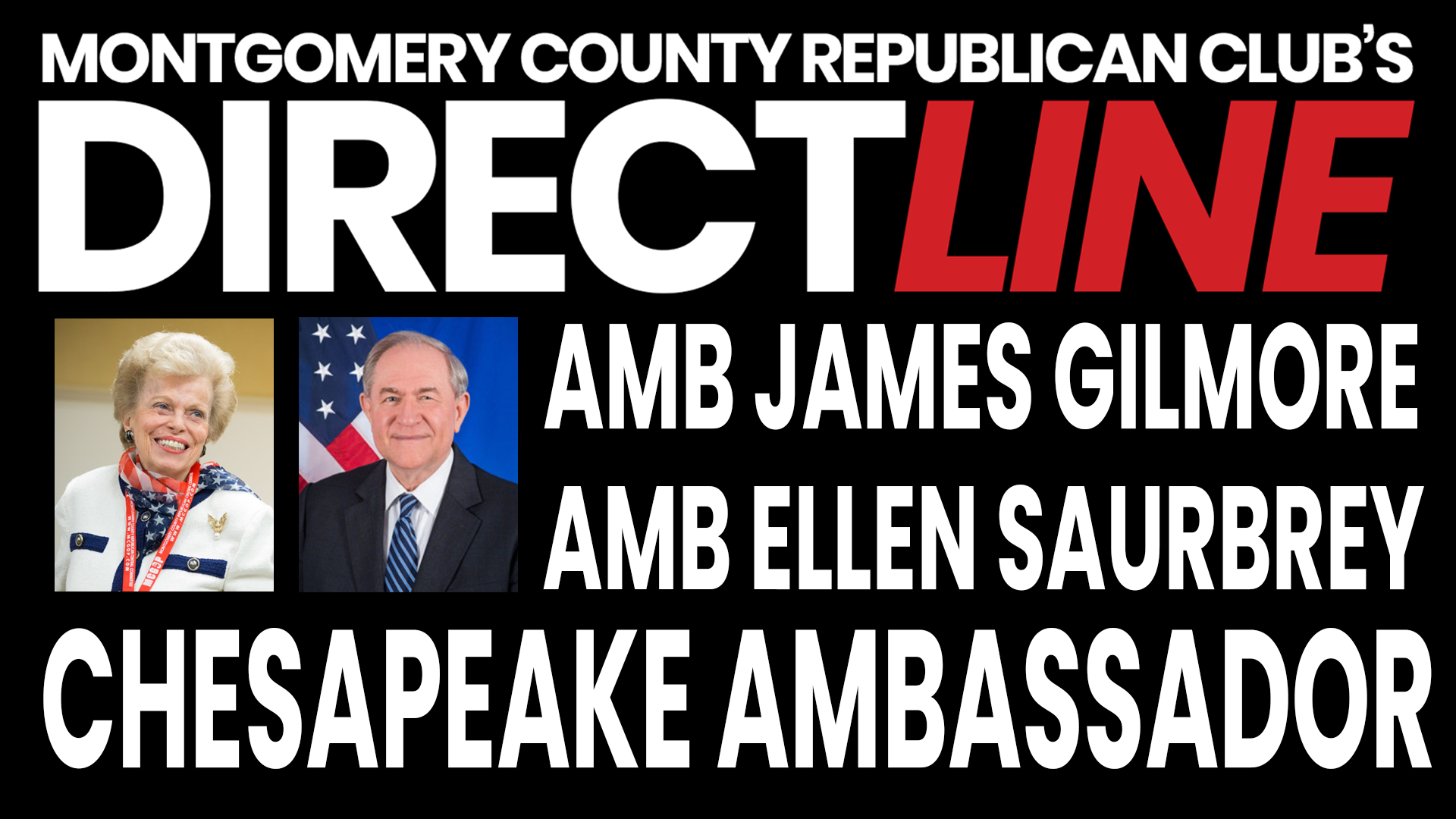 We are joined by the Chesapeake Ambassadors Amb. James Gilmore, and Amb. Ellen Sauerbrey.

Is from Maryland and the former head of the United States Department of State’s Bureau of Population, Refugees, and Migration. She was nominated to the Bureau in September 2005 by President George W. Bush.

Sauerbrey was born in Baltimore, Maryland. She is a 1955 graduate of Towson High School and a 1959 graduate of Western Maryland College and was a teacher before entering politics. From 1978 to 1994, she was a Republican member of the Maryland House of Delegates and served as the minority leader from 1986 to 1994. Her committee assignments included the Appropriations Committee; Subcommittee on Education and Transportation; Ways and Means and Economic Matters.

Jim Gilmore, who served as Virginia’s governor from 1998 to 2002, became the U.S. ambassador to the Organization for Security and Cooperation in Europe (OSCE) in May 2019. A native Virginian, Gilmore graduated from the University of Virginia with a degree in Foreign Affairs in 1971. He enlisted in the U.S. Army and became fluent in German and served during the Cold War in West Germany as a counterintelligence agent. Following his military service, he returned home to earn a law degree from the University of Virginia. He was later elected to public office as a county prosecutor before being elected in 1993 as Attorney General. In 1998 he was elected as Virginia’s 68th Governor.

Gilmore was a candidate for the Republican nomination for President of the United States in the 2008 and 2016 elections. In November 2018, Gilmore was nominated by President Donald Trump to serve as the U.S. Representative to United States Mission to the Organization for Security and Cooperation in Europe, a position which carries the rank of ambassador and is based in Vienna, Austria. His nomination was confirmed by a voice vote of the United States Senate on May 23, 2019. Jim Gilmore was sworn in on June 25, 2019. Ambassador Gilmore and his wife, Roxane, recently returned home from Vienna, Austria to Richmond, Virginia. They raised two sons and recently greeted a new baby granddaughter into the world.