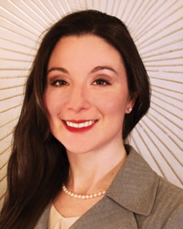 Corine Frank is a longtime volunteer, activist, and local community advocate. She has directed fundraising efforts for several local Boards and served as the PTA President of her children’s school. She served as the campaign manager for Councilman Nathan Volke’s successful 2018 county council race and has volunteered for several state, county, and local GOP campaigns. Corine also served as Chairman of the Rules Committee for the MDGOP, Vice Chair of the AAGOP, Political and Strategic Planning Chair for the AAGOP and was appointed by County Executive Steve Schuh to the School Board Appointment Commission.

As a former County Central Committee Member, Corine is passionate about local politics. Her first foray into politics was as a volunteer on Republican House Leader Nic Kipke’s first campaign for Delegate. In 2017, she received the Anne Arundel County Young Republican of the Year Award. Corine has the energy and enthusiasm needed to support and grow the Republican Party in Maryland.

Corine is a lifelong resident of Pasadena, Maryland and is committed to her husband Josh and two young children. She studies Martial Arts with her son, loves to read with her daughter and has two huge lap dogs. Currently, she is running for the Board of Education in Anne Arundel County in 2020. You can catch her live streaming story time with her family on Friday nights at 8:30 on Facebook.