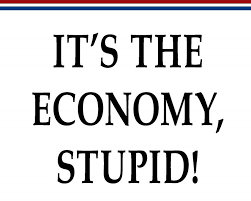 Few elections will be easier to understand than 2022: It’s the economy

Data for individual states demonstrates how local policies impact economic conditions. Republican-led states, on average, have recovered more than 109 percent of their lost jobs since the pandemic began, compared to just over 95 percent for Democratic-run states.

After taking office, Governor Hogan set out to create a more business-friendly future for Maryland by bringing tax relief, balanced budgets, and long-term fiscal responsibility to the state. He eliminated or reformed more than 14,100 regulations, reduced or eliminated 250 fees across state government, and cut tolls at every state facility for the first time in more than 50 years. Governor Hogan has already delivered more than $2.5 billion in tax, toll, and fee relief for hardworking middle-class families, retirees, and small businesses.

As a result of these efforts, Governor Hogan grew Maryland’s private sector, creating jobs and turning the state economy around. The governor’s first year in office was the most successful in total job creation in a decade and private-sector job growth in the last 16 years, and one of the biggest economic turnarounds in America. Despite the progress, all too often, the Governor has faced a legislature determined to follow the most destructive economic policies of Blue State America.

The 2022 election comparison is clear; a choice between economic policies that work and those that do not.