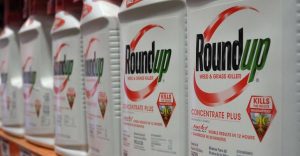 The June 17, 2022 court decision by the Ninth U.S. Circuit Court of Appeals probably escaped your attention. “The panel…granted in part and denied in part a petition for review challenging the U.S. Environmental Protection Agency’s decision determining that glyphosate, the active ingredient in the weedkiller Roundup, does not pose any unreasonable risk to man or the environment.” This expert panel from the Ninth Circuit remanded EPA to look at glyphosate again.

EPA has already determined that glyphosate is safe to man and the environment. The Federal Insecticide, Fungicide and Rodenticide Act allows the EPA to regulate herbicides such as Roundup. EPA spends years and the company spends millions of dollars of your money getting a registration under FIFRA.

Deviating from science
EPA did say in its interim decision that it was going to look at glyphosate’s effect on endangered and threatened species. This would be done under the Endangered Species Act. Two groups of environmental organizations filed suit in the agricultural-friendly Ninth Circuit; Rural Coalition and the Natural Resource Defense Council.

Rural Coalition has challenged EPA’s conclusion that glyphosate, the active ingredient in Roundup, poses no risk to human health. EPA has already looked at hundreds of studies from around the world. The Ninth Circuit determined, if you can believe this, that the Rural Coalition could bring an ESA claim. This, of course, is after Monsanto has spent hundreds of millions of dollars on proving that glyphosate is safe for man and beast.

The Ninth Circuit might look at the crazy people in Sri Lanka. In that small country, the political and environmental leadership have decided to rid the country of all fertilizers and pesticides. The result is what you would expect. Chaos!

If the Ninth Circuit continues its ways, then all our crop production devices will disappear. If agriculture continues to use law firms that want to take products from farmers, then it deserves to lose its crop protection devices.

As farmers, we know that Roundup kills weeds but leaves the crops unharmed. “As a result, glyphosate (Roundup) use skyrocketed,” the judge points out. “The nationwide acreage across which glyphosate is currently used is roughly equivalent to three times the size of California.” Roundup generally is applied by spray planes, ground equipment and handheld devices.

Judge Friedland believes that exposures to health risks have become a hotly debated issue. Of course, Monsanto lost in California courts. As a result, Judge Friedland and two retired judges believe that glyphosate should be reviewed by EPA again. The Supreme Court has also turned down reviewing all Monsanto cases.

It is likely that EPA, based on the June 17 decision, may take glyphosate or Roundup completely off the market. Maybe we do need a Sri Lanka situation to wake people up.