Research claims increased corn acres from Renewable Fuels Standard releases as much as 24% more carbon into the atmosphere than gasoline. 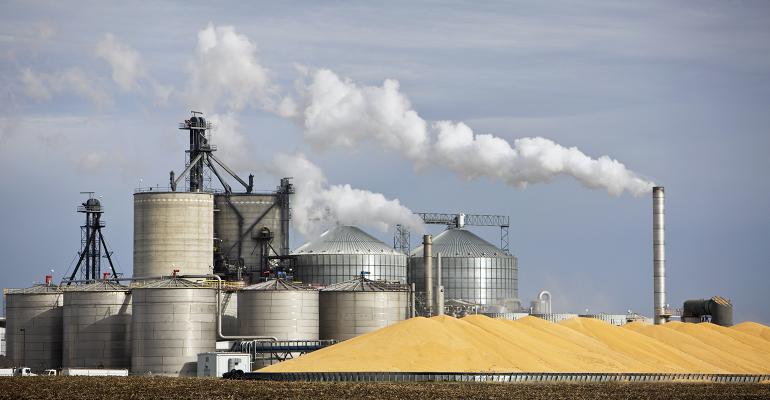 Just as planters are ready to roll, a new study by a group of professors takes a shot at ethanol and corn.

Dr. Tyler Lark, Assistant Scientist at the University of Wisconsin – Madison Center for Sustainability and Global Environment, is the lead author of a new study on ethanol and how terrible it is for the environment and agriculture. “Corn ethanol is not a climate-friendly fuel,” says Dr. Lark.

You read the background of all the professors and not one comes from ethanol-driven ‘I’ states – Purdue, Illinois, or Iowa State. One is from Kansas State and the others are from California and the University of Wisconsin. The editor is Paul West from the University of Minnesota.

The research is published by the National Academy of Sciences, entitled “Environmental Outcomes of the U.S. Renewable Fuel Standard.” It claims that land use changes from the Renewable Fuels Standard have led to as much as 24% more carbon being released into the atmosphere than gasoline.

USDA, on the other hand, claims ethanol “…releases 39% less carbon than gasoline.”

Dr. Lark and his group say the U.S. is the world leader in biofuel production. As we all know, the Renewable Fuel Standard was first enacted in 2005 and expanded in 2007. The RFS pursuant to the Clean Air Act requires that biofuels be blended into transportation fuels. Dr. Lark believes that the production of corn-based ethanol has failed to meet greenhouse gas emission targets and negatively affects water quality.

The research paper says heightened corn demand from ethanol led to “persistent increases in corn prices of 31%…”. Dr. Lark also believes “The increase in corn prices relative to other crops increased the area planted to corn on existing cropland by an average of 2.8 million hectares (approximately 6.9 million acres) which is an 8.7% increase contributed to RFS.”

The research indicates that the RFS motivated the U.S. farmer to plant corn on an additional 1.8 mha (4.4 million acres) on seminatural areas. This study believes the higher prices have caused more cropland to be put into production rather than be left to natural cover or put into the Conservation Reserve Program. The study also believes that the corn acreage has caused 7.5% more nitrogen fertilizer to be used. In this study’s review, this has increased nitrogen leached through water from agricultural land.

The study does not take into account the fact that many farmers use conservation tillage, which cuts down on leaching and nitrate losses through vertical seepage.

The study states “Collectively, increased nitrate leaching, phosphorus runoff, and soil erosion from the RFS fall within the range of outcomes projected…” The study goes on to claim “We find disproportionate effects and distinct spatial patterns from different pathways of land use response. Shifting crip rotations to more corn increased N fertilizer applications and nitrate leaching by nearly twice…”

The study also looks beyond water quality effects. The planting of corn not only has a greater use of nitrogen fertilizer, it increases nitrous oxide emissions (N2O). The environmentalists will soon turn their attention to N2O from corn, wheat and soybean croplands because N2O is about 300 times more potent than carbon dioxide at heating the atmosphere.

Many believe that agriculture is the main cause of N2O emissions. It is also believed by the environmentalists and many academics that we must take urgent action against N2O if there is a hope of stabilizing the Earth’s climate.

All these studies, of course, are financed by your taxpayer dollars and generally at state-funded or supported universities.