If Professors Would Begin Each Course with This 1 Simple Lecture, It Could Turn Our Great Nation Around 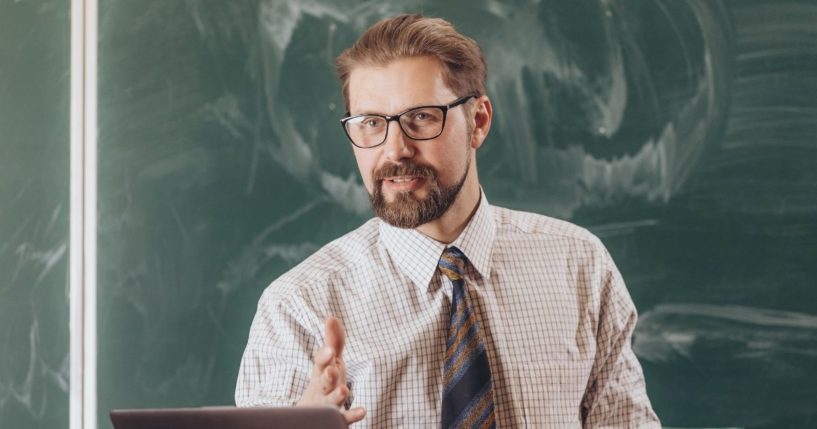 What would you give to have a college professor begin a course in the following way:

You may have heard I do things a bit differently from your other professors, but you should know that my way was the “normal” way till … around five years ago. I’ve simply returned this course to “normal,” as opposed to the “new normal” – that is not lightyears close to “normal.”

You will first notice that a return to “normal” connotes a return to meritocracy. In this world, grades (regardless of one’s race, ethnicity, gender, national origin or ideology) count, as do attendance and preparation. Your parents pay $50,000 a year for you to attend this institution. The very least they – let alone prospective employers – expect from a graduate is a reasonably educated person with the maturity and skills to think critically.

Speaking of which, critical thinking is the very definition of a liberal arts education. You accordingly will not be intimidated, forced or influenced toward a particular conclusion or opinion. I teach, you digest and then you make your own case. Indeed, if you can discern my opinion on any issue, I have failed.

There are a number of course features that may cause you some concern, however.

For example, there are no such things as “trigger warnings” on the course syllabus. The reason is simple: There is no such thing in real life as a trigger warning. For context, think of the 18-year-olds who stormed the beaches of Normandy and defeated Hitler, Mussolini and Imperial Japan (I realize you may not recognize these names right now, but you will), then came back to transform America into the world’s most successful superpower.

This greatest generation accomplished all this without trigger warnings or speech codes.

Speaking of which, there is no such thing in everyday life as a “speech code.”

Once you have graduated, you will have to deal with a broad array of styles and viewpoints. Respectful opinions from all over the political spectrum are therefore encouraged and welcome in my class.

No one will shout you down, seek to cancel you or doxx you on social media for engaging in free expression. “Normal” college used to engage in such give and take – it was called “education.” This of course transpired during an era when adults ran our schools, when kids were not allowed to occupy a president’s office simply because they didn’t like some campus rule or wanted to express their dislike for a newly elected president.

Speaking of which, should the Republicans return to control of the House in 2022 and/or if a Republican is elected president in 2024 (including you-know-who), this class will continue to meet at its regularly scheduled time.

No warm cookies will be served (there were no cookies on Omaha Beach), and no crying sessions will be scheduled. I realize some of your parents and teachers told you that you would never have to confront opposing opinions or disagreeable people in life, but they were wrong.

Finally, please note the absence of any warnings devoted to “microaggressions” – yet another academic construct invented to help you deal with unpleasant facts and negative events.

Here again, the make-believe world of college will soon give way to the hard reality of life in the real world – where aggressions of all sizes come at you daily. Take my advice: it is best to overcome the “small stuff” now. A famous Churchillian admonition (I know, you probably don’t recognize the name) comes to mind: “You will never reach your destination if you stop and throw stones at every dog that barks.”

The famous English statesman intended for you to ignore life’s little indignities in order to keep your eye on the ball, to recognize that a degree of discipline was the only way to make progress. In his case, keeping an eye on the prize meant saving his small island nation from fascism and Nazism.

So there you have it. I know this “normal” thing is different, especially the concepts of evaluation and judgment. You can bet my approach will generate all kinds of ugly “-isms” directed my way. And you can imagine the stares I receive in the faculty lounge.

But you might keep one thing in mind: Those Army Rangers who scaled the cliffs at Pointe du Hoc in the face of relentless Nazi machine gun fire had no safe space to hide. Sometimes, the fight for freedom can be really hard.