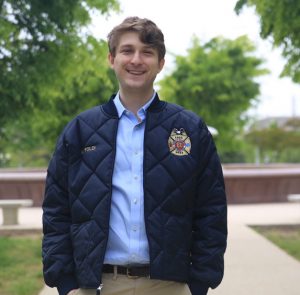 Matthew Foldi is an experienced conservative investigative reporter running for Congress in Maryland’s 6th District. Matthew has broken some of the biggest stories exposing the corruption of the Biden Administration. At the Washington Free Beacon, Matthew uncovered Energy Secretary Jennifer Granholm’s multi- million-dollar relationship with an electric vehicle company receiving government perks, and Chinese Communist Party influence in the Commerce Department. He also discovered that elected Democrats continue to lock their constituents out of their offices around the country. Matthew’s reporting has been featured extensively on FOX News and Newsmax. 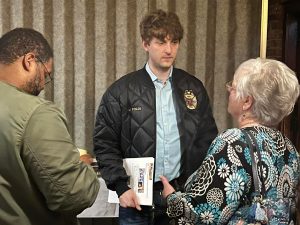 Matthew, a volunteer with the Rockville Volunteer Fire Department, is a well-known community leader and serves as an Ambassador for Points for Patriots, a nonprofit dedicated to bridging the military-civilian divide. He is also an elected Board member of Speech First, a nonprofit that fights for free speech rights on campus.

A graduate of the University of Chicago, Matthew is a Montgomery County native and attended the Charles E Smith Jewish Day School.

“The 6th District, which takes in part of Montgomery County plus all of Frederick, Washington, Allegany and Garrett counties, is an R+1 district, according to FiveThirtyEight.com.” – The Maryland Reporter

Maryland’s western panhandle counties are traditionally solid Red, making this one of the seats that will flip the majority in 2022. Governor Hogan carried what is now the 6th District by nearly 20 points in his 2018 re- election, and Matthew will work every day to ensure this trend continues.

Of the six Republicans vying for the nomination, only Matthew can win a general election in November. One opponent, who lost a race for Congress in 2020, suggested that HIV+ individuals be tattooed with their status. Another opponent frequently compares vaccine mandates to the Star of David that Jews were forced to wear in Nazi Germany.

The two-term Democratic incumbent, David Trone, is the owner of the Total Wine franchise and lives in Potomac, Maryland, outside the new boundaries of the Sixth District. Congressman Trone, whose public arrest record has yet to be fully brought to the attention of voters, is currently the target of a substantial age discrimination lawsuit. As part of Matthew Foldi’s prior work as an investigative reporter, Matthew uncovered that Congressman Trone has been actively managing his business, and insisting that his employees work in- person, despite keeping his offices closed to constituents, ostensibly due to COVID precautions.