In her role, Nicolee represents Maryland to the Republican National Committee (RNC), where she is one of three votes from Maryland on issues deciding the future of the national Republican Party. Nicolee has both initiated and spearheaded the Maryland GOP’s successful “Super Saturday Program,” which contributed to electing Republicans in deeply Democratic areas. Nicolee is a FOX News Radio Political Analyst, and regularly speaks at events throughout Maryland and across the nation. She regularly appears on TV shows such as ABC’s “Square Off” and mcmedia’s “21 This Week,” and has also appeared on BBC Television News and BBC World Radio News.

Prior to being elected MDGOP National Committeewoman, Nicolee was elected Chairman of the Young Republican National Federation, where she served from 2005 – 2007. In honor and remembrance of her extremely successful term rejuvenating the nation’s oldest youth political organization, in 2007 Nicolee was voted Chairman Emeritus of the Young Republicans. As Chairman, Nicolee rebuilt the YRNF to political powerhouse status. Nicolee created and implemented a winning 2006 targeted state program, re-branded the organization, and successfully harnessed the 100,000 member network of the Young Republicans. Under her leadership, the Young Republicans (YRs) once again became a grassroots machine: in 2005 and 2006 YRs were the largest source of skilled grassroots labor, in 2005 YRs provided the highest number of volunteer lawyers for the 72 Hour Program, and YRs served as the largest pool of volunteers for both the RNC Convention and for the Inaugural Committee. During the 2006 elections, the YR Field Program won a majority of its Targeted States for the GOP – a feat few conservative organizations could even hope to match. As part of the YRNF’s 2006 Targeted State Program, Nicolee brought busloads of YRs into Maryland to campaign for Maryland GOP candidates.

Before becoming National Chairwoman, Nicolee served as both Chairwoman of the Maryland Young Republicans and as Secretary of the YRNF. Beginning in 1999, she rejuvenated the Baltimore Area Young Republicans club, turning it into the most effective club in the state and growing it from 10 members to 250 in just nine months. As Chairman of the Maryland YRs from 2003-2005, Nicolee tripled the size of the state organization in two years, increasing the number of chartered counties to 16.

Nicolee’s contributions to building the Maryland Republican Party have been widely recognized in Maryland. In 1999 and 2000, Nicolee served as Young Republican Chair of Maryland Youth Team for George W. Bush. In 2000, then-Congressman, Governor Bob Ehrlich gave Nicolee a Congressional Recognition Award for her work bringing young professionals into the political process. In 2001, then state party Chair Michael Steele awarded Nicolee the Chairman’s Award of Special Merit.

On the national political scene, Nicolee’s successes match those she’s accomplished in Maryland: Nicolee served as coalition director of Future Leaders for McCain, a coalition for young professionals. Nicolee was also named one of the nation’s top “Rising Stars” by the Republican National Committee, along with Governor Matt Blunt of Missouri and Governor Bobby Jindal of Louisiana. Nicolee has served on the Advisory Council for the Republican Women’s Federal Forum, as a board member of the American Council for Young Political Leaders, and as a Baltimore City Commissioner for Architectural and Historical Preservation. From 2010 to 2012, Nicolee also served as the elected Secretary of the Maryland State Advisory Committee to the U.S. Commission on Civil Rights.

Professionally, Nicolee is President & CEO of The Ambrose Group, LLC. Previously, Nicolee was vice president of both a labor and employment law firm, as well as a Fortune 500 membership association. From 2002 through 2008, Nicolee served as a presidential appointee at the U.S. Department of Labor’s Employment Standards Administration (DOL). She handled management issues relating to financial management, human resources, and oversight of programs for DOL’s largest agency. Key policy and regulatory issues handled include the Family and Medical Leave Act and labor union oversight. Prior to her appointment to the Department of Labor, she was an award-winning financial advisor for American Express. As a financial advisor, she won the 2000 Top Achiever of the Year award and the 1999 American Express Mercury Award.

Nicolee simultaneously attended The Johns Hopkins University, where she received a B.A. in International Relations, and the Peabody Conservatory of Music, where she received a B.M. in vocal performance. She graduated with Honors, and The Baltimore Sun named Nicolee “the most inspiring” graduate of her Johns Hopkins’ class. She then earned a master of music at Arizona State University, and went on to accept the Best Opera award from the National Opera Association for her lead role as Hansel in Hansel und Gretel. Nicolee lives in Baltimore with her family. 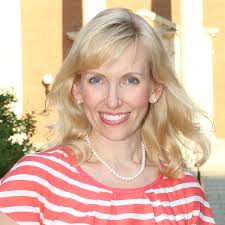