The U.S. Supreme Court distributed to the justices’ California Proposition 12 case on January 7th, 14 and 21st.

It is clear from the delay that the law clerks at the U.S. Supreme Court and the Justices believes the NPPC and AFBF v Ross is probably not important.

While waiting for the decision from the U.S. Supreme Court, I have read the brief from the Humane Society (HSUS), Animal Legal Defense Fund, Animal Equality, the Humane League, Farm Sanctuary, Compassion in World Farming USA, and Animal Outlook.

These are the farm-friendly organizations that say petitioners fail “…to state a claim that Proposition 12 violated the dormant Commerce Clause.” These Non-Government players defend California’s Proposition 12.

It is interesting to see and read their reasons for denying the NPPC and the American Farm Bureau’s petition for certiorari.

HSUS et.al filed a 35-page brief arguing NPPC’s and AFBF’s petition be denied. HSUS believes there is substantial and growing scientific evidence demonstrating the link between extreme confinement of farm animals and threats to human health.

HSUS and the animal rights groups believe that NPPC and AFBF provide an erroneous depiction of Proposition 12.

Not one of the animal rights groups has any understanding of how wonderful animals are now presently treated.

The animal rights groups claim, “Petitioners’ [NPPC & AFBF] dire predictions of Proposition 12’s impacts – made in- an- effort to show this case’s importance – likewise bear no resemblance to the record or reality. Petitioners’ fear mongering requires them to rewrite their own pleadings.”

The brief by HSUS will outrage hog and veal producers across the country.

In earlier blogs, I have pointed out that Hormel and Tysons have already indicated Proposition 12’s impact is “not significant”.

In addition, without any statistics at all, HSUS and its friends say a number of producers are already in compliance.

If the law clerks and Supreme Court justices believe half of what HSUS states in its brief it is hard to see how NPPC and AFBF win on obtaining their request for a writ of certiorari.

Maybe California and the animal rights groups will not be able to dictate standards to all agriculture. As I said in the beginning of this blog, you may read about the decision before you read this column.

Let us hope the U.S. Supreme Court and its law clerks do not believe all the assertions made by HSUS and its fellow intervenors. 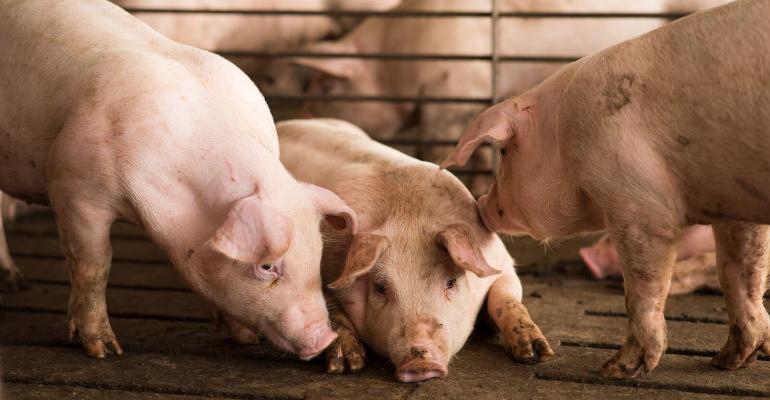 The Supreme Court is poised to render a key decision on the California law that will have wide-ranging impacts on animal agriculture.