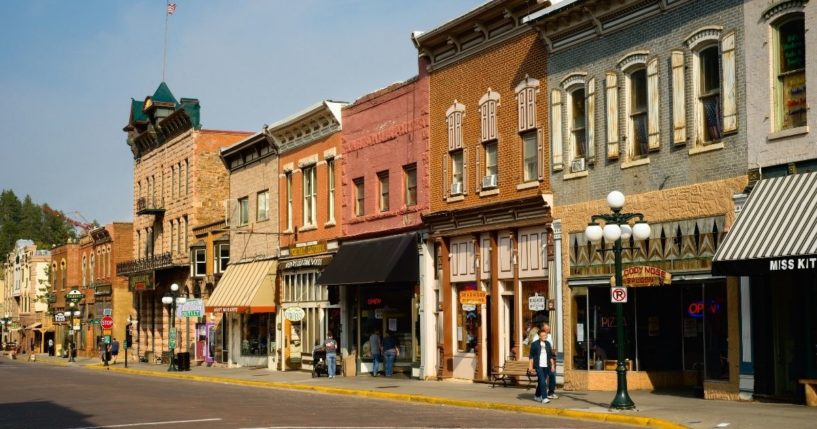 The seismic displacement of the voter coalitions that have governed our political party structures since the New Deal proceeds apace.

The ongoing realignment deepens each and every election cycle but somehow remains of little interest to establishment media outlets. You see, the reconstituted parties do not fit their preferred narratives. More on that to follow.

It was all so much easier when Republicans were synonymous with white and wealthy corporate elites and Democrats were the preferred party of working-class immigrants and minorities. That New Deal era line was upheld for much of the last ninety years. Conveniently, America’s institutional power centers followed suit: Wall Street and corporate America financed the GOP, while organized labor did likewise for Democrat-built and -controlled urban machines.

But the new millennium brought cracks within the respective party coalitions. Those fissures have now widened into craters during the first year of the Joe Biden era.

America’s “labor party” now manifests genuine disgust with its former core supporters. Here, a new generation of progressives finds it easy to denigrate the working class (“deplorables,” “flyover types,” “clingers to guns and religion”), an indictment that grew uglier and more prolific during the Trump era.

Millions of formerly enthusiastic Democratic base voters have taken the hint and switched sides. They are especially drawn to Trump’s habit of calling out both party establishments for their laissez-faire attitude toward trade deals gone bad – and, of course, both parties’ often sycophantic support for the murderous and genocidal regime in Beijing. That these primarily blue-collar types attend church services and back the blue and gun rights and a secure border has made their dramatic turn to the right easier over time.

On the other side of the aisle, a formerly monolithic business community has incrementally decoupled from the GOP.

The Trump era – with its tariff wars and strong opposition to Chinese economic imperialism – has played a part here. But the divorce goes much deeper. After all, there are few venues more woke in today’s America than the corporate C suite. Campaign dollars follow accordingly. For context, check out Silicon Valley’s and Wall Street’s contributions to Democratic candidates and the ubiquitous campaigns of woke advertising over the past two election cycles. Seems the era of socially conscious capitalism arrived just in time for the Biden era.

An interesting sidelight: Big business support for Democrats has chilled all that Citizens United chatter that not so long ago was a staple of Hillary Clinton rallies. You will recall that the former secretary of state’s promise to overturn CU was always met with thunderous applause. Today, the tables have turned, given big businesses’ newfound enthusiasm for all things woke.

Indeed, major corporations want you to believe they are all in on the equity agenda. If you have any doubt, just check out the virtue-signaling ads coming your way during this month’s Super Bowl.

Back to the Republicans. The “new” GOP represents the fulfillment of a long-sought-after goal. Herein is the transformation of the white-collar GOP to the working man’s (and woman’s) party. The party of Main Street, not Wall Street. The party of equality (Dr. King’s version) and fair trade and free speech and law and order. All in all, pretty cool for us Jack Kemp adherents.

Still, such a realignment is seriously inconvenient for the legacy media. Salt-of-the-earth working people wearing MAGA hats and voting Republican is simply a bridge too far for major elements of the fourth estate and the bicoastal elites.

Accordingly, our cultural value makers will continue to employ the worst kind of derogatory reviews of people with dirt under their fingernails. Madison Avenue will continue to double down on wokeness. (Maybe Tom Hanks will do more ads.) And millions of plain ol’ working people living in flyover country – formerly romanticized by a fawning media – will continue to adjust their voting habits in heretofore unthought-of ways.