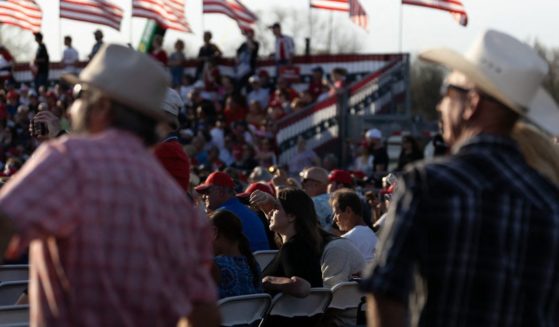 Not so long ago, “mean” was a charge made exclusively by the left and targeted at will at any and all conservatives/GOPers.

The indictment was generally effective, as it would place tax- and budget-cutting Republicans instantly on defense. After all, unlike socialism, capitalism does not promise a chicken in every pot and in fact recognizes there will be losers in the competitive marketplace.

As a former GOP member of two legislatures, I (still) recall conversations with my colleagues regarding how best to combat the “they’re so mean” multimedia attacks from the left.

My, how times have changed. Today, it’s invariably the left going full-court Marie Antoinette on the working class – aka the irredeemable “deplorables,” aka the loathsome, uneducated, Trump-voting minions who “get bitter, they cling to guns or religion or antipathy toward people who aren’t like them,” to borrow a phrase.

The predicate for the ongoing attacks is along the lines of “you lack the ability to recognize what is best for you.” Accordingly, the Olive Garden crowd is regularly lectured on what they either must give up or unquestionably buy into for the greater good – a status wholly defined by the theoretically inclined smart people who live on the coasts, vote a straight blue ticket, and tend not to pay a whole lot of attention to life’s real-world bottom lines (more on this below).

And so what years ago began as selectively regressive alcohol and tobacco excise tax increases (“It’s for your own good, you know”) has now morphed into far more punitive measures (and attitudes) in the age of progressivism.

Take fiscal policy for example, where a progressive leadership lobbies to spend even more freshly minted dollars under Build Back Better while growth-killing inflation spikes out of control. Or border policy, where a government that incentivizes illegal immigration is caught flat-footed as migrants overwhelm Border Patrol. Or energy policy, where an administration that shut down domestic oil production from the jump is now reduced to begging the Saudis and Venezuelans for a greater share of their “dirty” energy.

The case of the private jet-loving John Kerry may be the most glaring of the foregoing contradictions. The ultra-wealthy former secretary of state and present-day climate czar’s sense of self-importance (read: privilege) is such that the peasants are expected to buy into the notion that his jet-setting ways are necessary to… pave the way for less private jet-setting in the future.

This mindset is at bottom just plain cold indifference to the concerns of middle America. “You serfs are simply collateral damage from our great transformation” could well be the mantra from Washington, D.C.

To boot, this crowd is tone-deaf when it comes to recognition of its myriad policy failures. Here, the “if it fails, double down” approach is the increasingly familiar modus operandi.

In the end, “mean” and oblivious might get by when one side controls the entire playing field, as in California or New York. And it certainly tends to get lefty elitists all fired up. But mean will likely have a brief shelf life in flyover country, especially as its policies continue to crater our economy – and our culture.

I strongly suspect that despite angry finger-pointing and scapegoating from the White House, mean will meet its match on Nov. 8, 2022. Not a moment too soon.