Total madness in the Netherlands 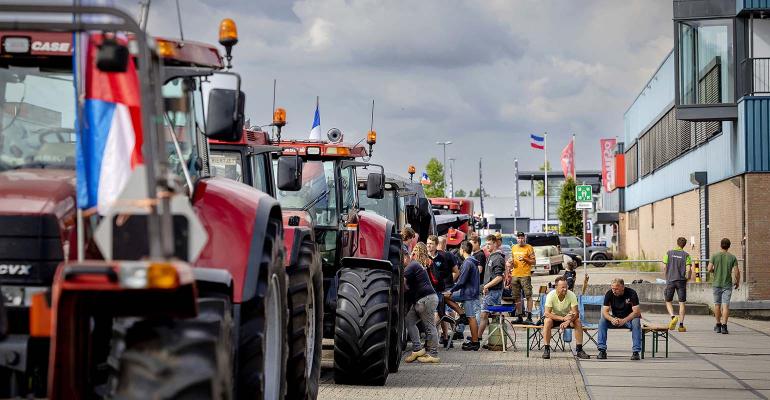 Could a similar emissions reduction program soon be targeting farmers in the United States?

All of us have been hearing news reports about the Netherlands’ national program to cut nitrogen emissions to help GHG emissions. The leader of the Netherlands Party for Freedom claims the plan is “…total madness…destruction of our most important food supply, agricultural-clear cutting, and …our beautiful farmland is disappearing.” The farmers claim the proposals are “…unacceptable and inhumane, without perspective, not legally substantiated, not proportional across the sectors.”

Needless to say, nitrogen emissions in greenhouse gas emissions are a hot topic in the Netherlands. The European Court of Justice by its ruling in 2018 caused this.

All of this comes from the U.S. Department of Agriculture Foreign Agricultural Service. The FAS memo is dated June 21, 2022 and is titled: Government Presents National Program to Reduce Nitrogen Greenhouse Gas Emissions in Rural Areas. Our own USDA is paying close attention because it, too, probably will have to develop measures to reduce our nitrogen emissions. Our own USDA admits “…farmers in some provinces [Netherlands] will be particularly hard hit by the area/oriented approach…there is not a future for all Dutch farmers…”

The other sectors of nitrogen oxide emissions are road traffic, aviation, private households, industry, navigation, energy sector and rail traffic. According to the government of the Netherlands, all these sectors that have previously been listed emit only 14% approximately of nitrogen (NH3). Agriculture emits approximately 87% of the nitrogen emissions. “The Dutch government aims to reduce overall Dutch nitrogen GHG emissions by 50% by 2030.” In some farm areas, reductions will be as high as 95%.

All the objectives of the Dutch are listed in a single memorandum which you should read. The National program created by the Dutch gets into a detailed area-specific emission reduction program. Each area will have to present its plans for its reduction on or before July 1, 2023. Do not be surprised if you see a similar proposal from our Green New Deal people in the United States because climate change will be put on the backs of the farmers in the United States.

According to the program, there is no region in the Netherlands that will be spared. The Netherlands’ approach is “…so radical that it will take a great deal from many to shape it.” According to USDA and the Netherlands’ plan, “…there isn’t a future for all farmers within the area-oriented approach [proposal]”. The Netherlands plan also talks about an escalation mechanism by which the central government may take action if the province does not react correctly. The plan indicates that specific measures may be taken to reach the nitrogen targets, but of course, they are not listed. The escalation mechanisms will be published in October 2022.

The Prime Minister of the Netherlands has said, “It is not a goal to be the second largest agricultural exporter in the world. The goal is to be and remain a country that is a global leader when it comes to the agricultural sector and our farmers.”

The Prime Minister has indicated, “Expropriation of farms remains an option. The Dutch farmers have indicated little interest in the farm buyout programs. There are only 20,000 farms in the Netherlands and it is believed there may not be enough money in the country if the government wants to buy out the farmers.

As I said in the opening of this blog, this program by the Netherlands is “total madness” but it does not mean such a program will not come to the United States.