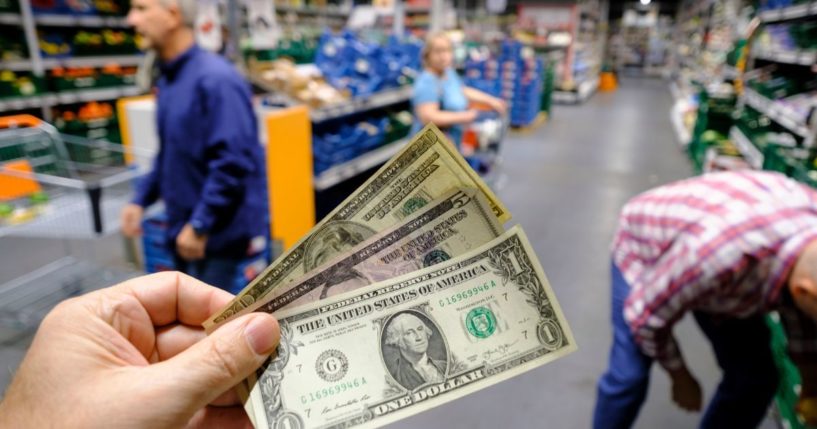 Board Member of the Montgomery County Republican Club

The Honorable Robert L. Ehrlich, Jr. is senior counsel in the Government Advocacy practice at King & Spalding. He advises clients on a broad array of policy matters and their interactions with the federal government. Having served as Governor, U.S. Congressman, state legislator, and civil litigator, he counsels clients on an array of government matters, with particular expertise in health care, finance, transportation, and economic development. <more>

What We See as Failure the New Left Thinks Is Success

I stopped by a local coffee shop the other day. It was late afternoon and certainly within working hours.

A small sign on the locked front door read, “Only drive-through available due to labor shortage.”

My wife had a similar experience at a local fast food venue the next day. Just two further examples of the widely recognized fact that America is suffering from a severe labor shortage despite millions of available jobs.

This particular issue comes on the heels of persistent supply chain issues this past spring. And pictures of heretofore difficult-to-comprehend depressing empty grocery store shelves across America. And the baby formula shortages of the past year.

And the debilitating specter of a not-so-transitory outbreak of inflation that has pinned income and elderly Americans up against the wall. And huge spikes in gasoline prices that followed gas field and pipeline shutdowns.

And surges of violent crime in cities with George Soros prosecutors and no cash bail “reforms.” And 3 million illegal migrants who showed up at the southern border because they could. And a Justice Department that thought it a swell idea to investigate unhappy parent protesters at school board meetings. And then there are the reports of a looming winter fuel crisis caused by a newly unreliable Green New Deal-limited power grid.

I could go on for the next two columns on things that are outta whack in the good ol’ US of A, but there is no need for excess observations. The people see it. The people feel it. The people know this is a fundamentally different America than… a mere 20 months ago.

What I’m not so sure of is whether enough of our citizens understand that so much of this considerable hurt is a direct consequence of a policy agenda intended to “accomplish” these results.

You read that right. So much of what you and I see as abject failure is viewed as success by our friends on the New Left.

And they have not been bashful about their goals. In fact, their very own widely reported words speak volumes: The American people need to feel real pain before the “Great Transformation” can occur. The country requires reconstruction (and re-education) before it can be saved. And don’t you know that “semi-fascists” make up the MAGA resistance?

And so — for this round at least — all the shortages and federal interdiction and subjugation and attempts to limit speech and equity training and economic pain and name calling are the new normal. It is a worldview intended to combat Trumpism and market capitalism and American nationalism and any other “ism” you care to cite.

There is a problem, however. Approximately half the country interprets the new normal as absurdly abnormal — an intolerable state of disrepair that runs contrary to their expectations as freedom-loving Americans.

Moreover, they resent the perverse notion that their wholesale rejection of progressivism somehow indicates sympathy for the odious and genocidal form of government that the “Greatest Generation” defeated in World War II.

Fortunately, all of the aggrieved have the opportunity to send a strong message to Washington that they want their country back. That opportunity will present itself on Nov. 8.