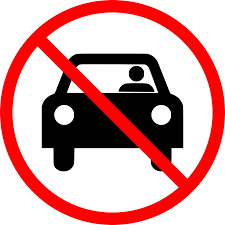 If Maryland Democratic believe that climate change requires banning gas-powered cars in the State, they should level with voters about their intentions.

Maryland may well be on the path toward banning the sale of gas-powered cars beginning in a little more than a decade. Maryland would be joining California, Massachusetts, New York, and other states to mandate that by 2035 all new cars, trucks, and SUVs run on electricity or hydrogen.[i] [ii] And yet, very little discussion of this potentially massive change has occurred during the current election cycle.

Earlier this year, the Maryland legislature passed the Climate Solutions Now Act (SB 528) which requires the Maryland Department of the Environment to submit a proposed plan to the Governor and the General Assembly that reduces statewide greenhouse gas emissions (GHG) by 60% from 2006 levels by 2031.[iii]  Then by December 31, 2023, the Department must adopt a final plan to meet the 2031 goal, which sets the State on a path toward achieving net-zero statewide GHG emissions by 2045.

While Governor Hogan allowed the bill to become law because of improvements made to the final version, he sharply criticized it as: “poor legislative practice and misguided resources resulting from partisan politics.”[iv]  He expressed his hope that his predecessor would address its flaws.  During the Governor’s tenure, Maryland has already reduced greenhouse gas emissions by approximately 30% while growing the economy by 22%. The State has also participated in the bipartisan Regional Greenhouse Gas Initiative (RGGI).[v]  The RGGI is a cooperative effort by eleven northeast and mid-Atlantic states to reduce CO2 emissions from fossil fuel-fired power plants.

This year’s partisan legislation sets significantly more challenging targets to meet.  It leaves for Maryland’s next Governor and their Department of Environment the actual responsibility to fill in the details. The General Assembly again is engaging in “auto-pilot government” to evade political responsibility for the hard choices they want to impose on the public. For example, State law already mandated in 2007 that any future California’s “Clean Cars” emission standards would automatically apply to Maryland. This creates another potential regulatory lever to force electric-only vehicle sales without any further legislative action.[vi]

Nationally, President Biden has set a goal to achieve carbon-free electricity by 2035.   Without major technology breakthroughs, this goal would mean eliminating the production of electricity from coal and natural gas within the next 13 years. Yet fossil fuels provide more than 60 percent of the nation’s electricity. [vii]

Achieving President Biden’s decarbonization goal requires enormous investments and will drive up energy costs.  The average price of electricity would almost double by 2035 (increasing from $60/MWh to $110/MWh in 2035). [viii]  Electric rates would increase the most in the southern and eastern parts of the U.S. [ix]

The potential cost to Maryland’s consumers would be massive, starting with the cost of a car. According to Kelley Blue Book, the average transaction price for an electric vehicle in April 2021 was $51,532. That’s more than $11,000 higher than a full-size gas-powered car, and nearly $30,000 more than the average compact car.[x] Less than 2% of the vehicles currently registered in the State are all-electric vehicles, with the overwhelming majority located in Anne Arundel, Howard, and Montgomery counties.[xi]

Data on electric charging costs have something of a bait-and-switch nature.[xii]   As climate change policies drive higher electric rates, the “total cost of ownership” of electric vehicles also increases.  And unless the electric production transition to all renewable is completed in time, much of the power will come from CO2-intensive sources such as coal.  Having to rely on coal-fired produced electric power for automobiles rather than gas negates the transition’s climate advantages.

California is already struggling to meet its existing electricity demand, with rolling blackouts currently being threatened. In fact, Californians were asked over the Labor Day weekend not to charge their electric vehicles.[xiii]

If Maryland Democratic legislators really believe that climate change requires banning gas-powered cars in the State, they should be prepared to justify themselves, rather than hiding behind their Rube Goldberg administrative process.  Likewise, Democratic candidate for Governor Wes Moore should level with voters about his intentions.