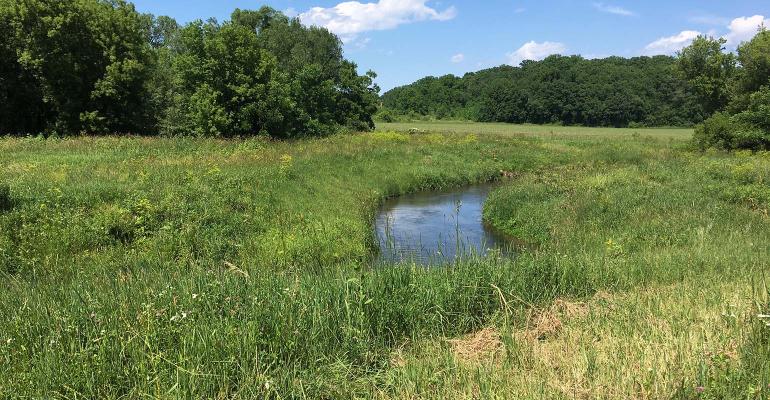 WOTUS in the spotlight – again

The new rule brings regulatory uncertainty for farmers, but the Supreme Court will have the final say.

The Biden administration released its new Waters of the United States rule on Dec. 30, 2022. The U.S. Army Corps of Engineers said, “The final [WOTUS rule] restores essential water protections that were in place prior to 2015 under the Clean Water Act for traditional navigable waters…as well as upstream water resources that significantly affect those waters.”

As a young lawyer I helped to write the 1972 Clean Water Act, and we never discussed water resources that “significantly affect” other waters. This new WOTUS rule comes as the U.S. Supreme Court will soon rule in the Sackett case to determine what is or what is not a water of the United States.

In 2016, you may remember the Trump administration came in and tried to make sense of WOTUS. What you need to remember after reading the 500+ page document is that EPA and the U.S. Army Corps of Engineers want to include all waters under their jurisdiction which have “a significant nexus” to waters of the U.S.

Of course, there was a backlash from Congresspeople and agricultural organizations when the latest interpretation was released in December. The alleged final rule is not the final word on what is water of the United States until the Supreme Court speaks on what is a water of the U.S.

All of the people in Congress believe that EPA and the Corps are trying to expand their authority. Ted McKinney, CEO of NASDA, claims, “New WOTUS rule creates regulatory uncertainty for farmers…over what is and is not a water of the United States.” McKinney has been quoted widely around the country.

“The EPA’s latest rule on defining waters of the United States is a statement of federal overreach that ignores states’ authority to regulate intrastate water quality and the Clean Water Act’s statutory mandate for cooperative federalism,” McKinney also says. “Farmers are committed to being responsible stewards of the land and water that they use to grow food, and the effectiveness of WOTUS should be taken with the same seriousness.”

McKinney sums up for all farmers the regulatory uncertainty they now face from EPA. The only winners from the new WOTUS rules will be the bureaucrats, expert consultants, and lawyers.

Impact on your farm

Over the next several weeks, I will examine the portions of the new WOTUS rule that affect farmers, ranchers and timber owners. There are specific sections in the new rule which deal with tributaries, ditches, adjacent waters and what is or what is not a wetland.

You will be safe if all your land is considered “upland”. God forbid a Corps bureaucrat or an EPA bureaucrat decides you have waters on your property that “significantly affect” other waters of the United States.

All you have to do is write Congressman John Duarte who got into trouble for field cultivating his land in California for wheat fields. Mr. Duarte lost until he settled his case and then he ran for Congress. He is from California’s 13th Congressional District and was the last person elected to this Congress.

Do not take on either of these agencies yourself. Go to your local congressman and then ask him/her to contact Congressman Duarte. He knows all about government overreach when it comes to Waters of the United States.